Whether in books or Wikipedia: A lot of knowledge is presented and edited as text. There is the assumption that this text reflects something about the world (if it is true and not wrong because of deceived senses, bad research, or lying). Such text can be written by a person who has knowledge and shares this knowledge by passing the text on to another person, who can read it and then also “has” this shared this knowledge. This idea, that text or speech refers to “what is” in the world and text and speech can be used to pass this on to other people is what Linguist Roy Harris calls the “Language Myth” of western culture 9.

Not all knowledge and not all ways to transport knowledge lend itself to be expressed in (hopefully) true, abstract propositional sentences.

In Wikipedia you can read that a Cello is… “The cello (/ˈtʃɛloʊ/ CHEL-oh; plural celli or cellos) or violoncello (/ˌvaɪələnˈtʃɛloʊ/ VY-ə-lən-CHEL-oh;[1] Italian pronunciation: [vjolonˈtʃɛllo]) is a bowed (and occasionally plucked) string instrument of the violin family. Its four strings are usually tuned in perfect fifths: from low to high, C2, G2, D3 and A3, an octave lower than the viola. Music for the cello is generally written in the bass clef, with tenor clef and treble clef used for higher-range passages.” 7

This is a good article beginning, I guess. However, it requires preexisting explicit knowledge about the technical terms used (“prefect fifths”, “D3”, “bass clef”) and does mainly allow to assign the concept “cello” to other categories (“string instruments”,“things using bass clef” etc.). It does not give an idea of what playing a cello or listening to a cello “is like” or “is done”.

But you can easily create a different presentation of “Cello”, made with a focus not on defining the term but giving an experience of playing on and listening to a cello “is like”. Obviously, one could provide several pieces of music played on Cello, first. One could accompany them with some text describing when the pieces were composed, in which social situations they are listened to (is it a film score, a concert piece?)

An example for how a Cello can sound like (Sarabande from the J.S. Bach Cello Suite III played by Annie Camp). CC-BY-3 unp. User Gedeckt at English Wikipedia

One could then show an image of a Cello, or better: A video in which one is played. This shows that the neck needs to be accessible for the hand, the width of the instrument is limited by what people can comfortable rest between their knees.

This is moving knowledge to other places by demonstration and example, not by abstract definition 2. While what something “is”, is usually said in words describing some universal idea, the example builds up knowledge from the particular. The demonstration of actions put the actions that a cello enables first, rather that its assumed substance as a thing-itself.

This is similar to how you would start learning about an instrument and maybe choosing to play it: Listening to the sound, seeing it played and then trying it yourself. While the first two can be facilitated by media, the latter can not be mediated: How it is like to play a cello you need to experience yourself.

Showing a process can help people learning to replicate it. This is typically be done in-person in an apprenticeship in which an apprentice learns from a more experienced person. However, instead of doing it in person, describing or demonstrating can also be done via a text or other media in a recipe or tutorial.

Recipes for preparing food are well known and there are genre expectations of the form of a recipe: It usually lists the needed ingredients, sometimes also the needed tools. Then it describes actions that the cook should do, presented in steps.

Following a recipe is sometimes framed as mindless. But it is not. You need quite some background knowledge to be able to follow it in the first place, as you need to know how to turn instructions like “let briefly simmer” and “stir lightly” into action 3. The cook also needs to be able to sense by sound and smell if a sauce is not simmering but boiling and if the roasting is not “light” anymore. One thing I have trouble with is “The bread sounds hollow when knocking it gently”: I never find that my bread sounds exactly hollow and to learn to sense the right sound I would probably need a person teaching me in real life.

In many context, recipes and tutorials seem to work well to enable people to cook, build or recreate something. They clearly have their limits, though.

In the early seventies, a team of scientists in the UK tried to build a new “TEA”-laser based on publications of another research team in Canada. They met problems again and again and while they wrote back and forth with the research group successfully build a TEA-laser, they were only able to do it after someone from the group that build the laser flew over and took part in the constructions 5. Collins, who did participate as anthropologists in the research teams in the UK suggests that the challenge is to focus ones attention, among all the possibilities, to what is relevant and to understand this in a way which is relevant to the functioning of the laser.

As an occasional programmer, I sometimes start projects from scratch. These are often the most painful phases of development: So many things need to be considered and connected, a simple typing mistake can lead to strange errors and since there is not one new change, it is hard to find what caused the problem exactly. There is one way out of this and these are snippets and templates. These are bare-bones parts of code that work as they are but only provide a scaffold.

(using some examples from the tool vue-vscode-snippets

Which does nothing by itself but does not crash either—and this is the big advantage. Given a working scaffold, I can fill out the parts that actually should do something.

In a sense, this snippets transport knowledge which could be vaguely described as “a basic structure which does not cause problems” or “what you need to type to do something”. There are also more elaborate templates that set up whole applications and testing structure for them.

In programming, such templates usually come as text, but does not carry any abstract knowledge.

Such templates are useful in programming and this is where I, personally, encounter them currently. But they are by no means limited to this domain. Templates, or jigs and other physical constraints of actions are an essential part of many crafts. Partly, because they help to work precisely. But also because they guide actions and make the ones that showed to be problematic more difficult 4. In a sense, the jig holds the knowledge of good or bad actions. 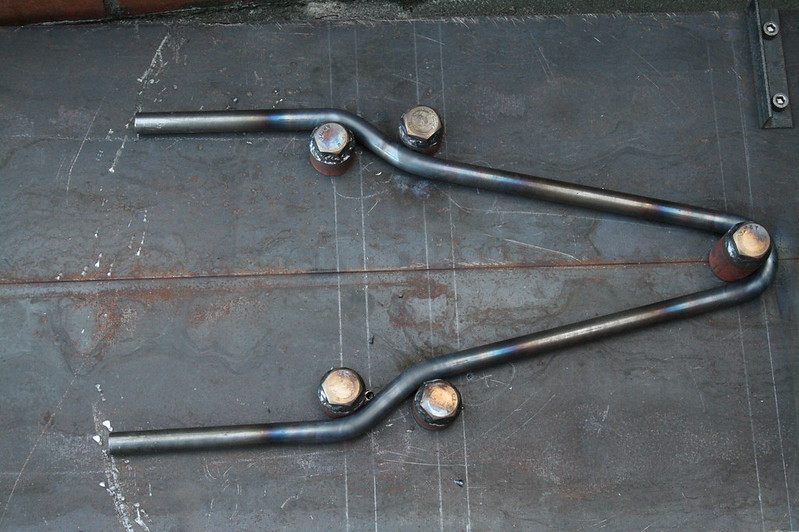 Using a template to draw a shape or a jig to hold some parts in place sounds mundane. But as a piece of a larger system they can play an essential part in great works. David Turnbull argues that stone cutting templates played a major role in distributing the knowledge needed to build early cathedrals. These buildings have, according to Turnbull, most likely been constructed by master builders (rather than architects) who did use no elaborated upfront blueprints but guided their works by conversations, close observation and, among other things, by giving out the templates to cut stones to build Chartres 16.

The point is not to show that any abstract ways of dealing with knowledge are “bad”. I want to show that there are many different forms of knowledge. Many of them do not fit the idea of knowledge and expression of rationality by propositional sentences and “abstract truths”, which we know from school, textbooks, and encyclopedias.

There are good reasons to assume that knowledge is essentially neither universal nor abstract. Curiously, abstract universal knowledge is not universal at all and even in cultures in which it has a high status, most situations (particularly everyday ones) demand other forms of knowledge.

Instead of being abstract universal and about something, knowledge can be seen as mainly a local or “situated” skill 8 17 10, always being in a real-life situation. Thus, it also can't be transmitted by writing knowledge down and then re-upload it into another brain at some other place 10. Rather than assuming that abstractions are the essence of thought, the can be seen as arising from concrete activity 6.

This opposes the way that Knowledge is handled in “Western Culture” and reinforced by formal education and the media (Textbooks, Scientific Publications…) related to Knowledge. However, assuming there is only abstract knowledge excludes other forms of knowledge, leaving us with but a tiny part of a rich and interesting world.

Related articles on this blog: